“I’m just a dude with a telescope.”

“I’m just a dude with a telescope,” says Will Young, The Deep Sky Dude, during another live broadcast of the moon.

It’s a clear night in Southeast Texas. He brews some coffee and sets up his triple-refractor telescope in the backyard. He won’t be looking through the eyepiece. Instead, he’ll be sharing the view with the world via his iPhone on a Facebook live stream.

His audience is international. Astronomy geeks check-in with comments.

The Deep Sky Dude doesn’t seem to miss an opportunity to engage with viewers. “Yeah, we’re in quarantine here too,” he replies to Johnny L.

Part of Will’s appeal is his genuine appreciation for the community he’s created. He is just a dude with a telescope but he’s gained a lot of knowledge and perspective which he shares alongside the amazing views of space. Questions and comments roll in during the live stream.

The moon looks older, says one observer. And it does. Another follows his own question with, LOL, I was pointing to the screen as if you could see it. In this virtual space, you forget there are miles between. Will has many answers but encourages followers to google-check what he’s saying, add to the conversation. It’s a community.

It’s 4:25 am. The mooncasts aren’t always so late, but tonight is a waning moon (the second half of the lunar phase) so the moon doesn’t break the horizon until after midnight, and we have the best viewing when it’s at the straightest point above. This is something you’d learn if you tuned in to the live broadcasts. But the beauty of Facebook Live Stream is that you can watch it on replay any time.

Alongside a rippling moon, Will’s voice is a soothing replacement to the pandemic news or absurdly popular series about a guy with tigers. The craters on the moon look familiar, so up-close. And Will identifies them by name. They’re derived from a scientist or astronomer or philosopher. He points out where Apollo 11 landed in the Sea of Tranquility.

The moon looks beautiful, and it’s not even a “good night” for viewing because of the rippling effect caused by the extra water vapor in the atmosphere. “This is why stars twinkle,” Will explains, “because the atmosphere of our Earth distorts the light.”

The tranquil view and space nuances shared by Will, via poetic metaphor, make each live stream feel like an artful meditation. There’s something bigger than you. And it takes away all worry of the day. For now, it’s just you, the view, and some friends under the same big beautiful sky.

The Deep Sky Dude’s grasp of the deep sky has viewers wondering if he works for NASA. He does not. Although he’s had the fortune to attend several NASA Socials. He often records these experiences and shares them with passionate documentation. You can see the full version of his SpaceX CRS 20 Launch here. The moving experience translates through the cheers and cries of spectators. During our conversation, Will described the nebula-like view of gasses that coalesced,

“It was unbelievable! I was awestruck.”

True to his moniker, The Deep Sky Dude has a lot of deep thoughts. Perspective is what he’s gained from hours of space observation. Gratitude is inherent in Will’s daily life. And Empathy is a practice he believes important – for humanity – that we’re able to understand, help, and serve one another.

Empathy  – noun
1.  The psychological identification with or vicarious experiencing of the feelings, thoughts, or attitudes of another
2. the imaginative ascribing to an object, as a natural object or work of art, feelings or attitudes present in oneself

Empathy is so often a concept we equate with hardship or challenges. We feel for others. But spend enough time with The Deep Sky Dude and you realize empathy is bigger than that. Empathy is feeling with one another.  It’s relevant in every experience – the good, the bad, and the awe-striking – all the feels. And our ability to empathize begins with sensory input. Sound, a powerful catalyst. Mute the audio on Will’s CRS 20 Launch video and you’ll see a gorgeous nebula. But add the audio, and it moves you – maybe to tears. Will says he needs to “reign in” his enthusiasm. I’m thankful he’s unable.

The Deep Sky Dude has a natural understanding of sound and its effect. He’s a talented musician and composer with two (soon 3) volumes of Deep Sky Tunes. Will describes his music as his lifeblood – his passion project. “I can’t stop writing music,” he says, “it just happens.” Even a wrong chord, Will says, is the genesis for a brand new song. In response to his natural urge to tinker with each completed song, Will coaches himself, “The recipe is done! It’s time to bake it.” He says, “You can’t keep painting the same picture,” because the result is stagnation and lost inspiration.

Will is an engaging communicator and teacher. He has extensive knowledge of Astronomy and has seen as far as 16.5 billion light-years away – a quasar – at the edge of the observable universe. I asked him what he found most astonishing about deep space. There’s a lot, he said, and then narrowed his answer to the vastness and the voids. When you know as much as Will about space, you glean perspective from its study.

Will is entering his 11th year as President of the Astronomical Society of South East Texas (ASSET). Along with his regular broadcasts of space, he generously donates his time to outreach programs and stargazing parties. And that’s not all. Will is also a skilled glass sculptor! There’s just so much to this Dude! Head on over to his YouTube Channel to give him a follow and see some remarkable and rare footage – like the 2017 Total Solar Eclipse in 4K,  ISS Transit of the Sun, The Occultation of Venus & the Moon, and especially those beautiful Mooncasts!

“Be good to yourselves. Be good to someone else. And we’ll catch y’all on the flipside. Peace.”
– Deep Sky Dude signing off, Mooncast, Feb 1, 2020. 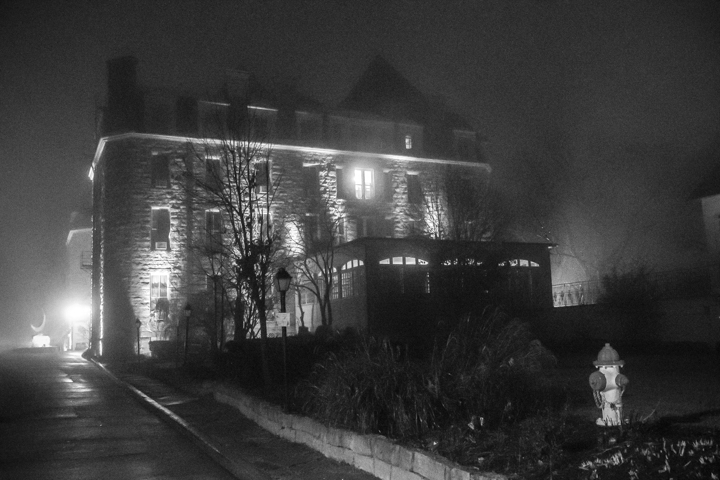 1.7K
Planet Earth SPACE & COSMOS
What if we had no MOON?!