5 of the most Mysterious Ghost Ships!

Ghost ships title slide
If you were the captain of your own yacht, and you saw an ship approaching, and the captain tried to contact it and there was no response – and then as it got closer – you couldn’t see any one.

You sail up right up along side of it – and there is no one there.   How would you proceed?

2 The term is called GHOST SHIPS!
And if you are sailor – you talk about it – and think it would be cool to encounter one.

I found some news stories lately – that have sent me down another port hole and I have raised some very intriguing, mysterious, and tragic stories.

So today I want to talk about 5 of the most MYSTERIOUS GHOST SHIPS and spoiler alert – the #1 Ghost ship is more like a Fleet of ghost ships!

# 5 The Mary Celeste 1872
was an American merchant ship, discovered adrift and deserted in the Atlantic Ocean, off the Azores Islands, on December 5, 1872.
A  Canadian ship captian found her in a disheveled but seaworthy condition, under partial sail, and with her lifeboat missing.

Deveau saw that the cabin interiors were wet and untidy from water that had entered through doorways and skylights, but were otherwise in reasonable order.
In the captains cabin, Deveau found personal items scattered about, including a sheathed sword under the bed, but most of the ship’s papers were missing, together with the captain’s navigational instruments.

Galley equipment was neatly stowed away; there was no food prepared or under preparation, but there were ample provisions in the stores.

There were no obvious signs of fire or violence;
the evidence indicated an orderly departure from the ship, by means of the missing lifeboat.[

No on know what happened to the captain his wife, baby and all the crew.

# 4 Kaz II
The Kaz II, dubbed “the ghost yacht”,
Kaz II departed from Airlie Beach on 15 April 2007, and was heading for Townsville, Queensland on the first leg of a journey that was to take it around Northern Australia to Western Australia.[3] The first indication that there was a problem came on 18 April, when a helicopter reported spotting Kaz II adrift in the vicinity of the Great Barrier Reef, and that its crew were potentially in distress.[2][3]

On 20 April, maritime authorities caught up with the boat and boarded it. They found the three-man crew missing in circumstances which they described as being “strange”.

“What they found was a bit strange in that everything was normal; there was just no sign of the crew

Australian officials revealed that the boat was in serviceable condition and was laid out as if the crew were still on board.

Food and flatware were set out on the table, a laptop computer was set up and turned on, and the engine was still running.

Officials also confirmed that the boat’s emergency systems, including its radio and GPS, were fully functional, and that it still had its full complement of life jackets.[2][3] There was even a small boat still hoisted on the stern of the boat, and the anchor was up.[6] The only signs that were out of the ordinary, other than the disappearance of the crew, was one of the boat’s sails had been badly shredded, and that there was no life raft on board (it is unknown whether there ever was one aboard).

The ship became stuck in the ice on October 8, Intending to wait out the winter if necessary, they constructed a wooden shelter some distance away.

On 24 November a powerful blizzard struck, and after it abated there was no sign of Baychimo. Her captain decided she must have broken up during the storm and been sunk.

A few days later, however, an Inuit seal hunter told him that he had seen Baychimo about 45 mi (72 km) away from their position. The crewmen tracked the ship down, but deciding she was unlikely to survive the winter, they removed the most valuable furs from the hold[2] to transport by air. Baychimo was abandoned.

Surprisingly, Baychimo did not sink, and over the next few decades she was sighted numerous times.

People managed to board her several times, but each time they were either unequipped to salvage her or were driven away by bad weather. The last recorded sighting was by a group of Inuit in 1969, 38 years after she was abandoned. She was stuck fast in the pack ice of the Beaufort Sea between Point Barrowand Icy Cape, in the Chukchi Sea off the northwestern Alaskan coast.[3] Baychimo‘s ultimate fate is unknown.

#2 Sam Ratulangi PB 1600,    Myanmar officials investigating a “ghost ship” found mysteriously drifting near the Yangon region this week have found the answer to its fate.

The large, empty and rusty container vessel, Sam Ratulangi PB 1600, had been discovered by fishermen off Myanmar’s commercial capital.

The navy now say the freighter was being towed by a tugboat headed to a ship-breaking factory in Bangladesh.

However, the crew abandoned the ship after being caught up in bad weather.

Authorities and navy personnel had boarded the Sam Ratulangi PB 1600 on Thursday to search for clues after it ran aground on a beach.

Police and observers were baffled at how such a large ship, with no sailors or goods on board, had ended up in Myanmar.

The container ship was described as being in a working condition

The vessel, which was built in 2001, is more than 177 metres (580 ft) long, according to the Marine Traffic website, which logs the movements of ships aroun the world.

The ship’s location was last recorded off the coast of Taiwan in 2009, and this was the first reported instance of an abandoned ship appearing in Myanmar’s waters, according to the AFP news agency.

On Saturday, Myanmar’s navy said it suspected the ship had been towed by another ship after “two cables… were found at its head”.

They later found a tugboat, called Independence, about 80km (50 miles) off Myanmar’s coast.

After questioning the 13 Indonesian crew members on board, they learned that the tugboat had been towing the vessel since 13 August, and intended to take it to a factory in Bangladesh that would dismantle and salvage the ship.

However, some of the cables attached to the boat broke in bad weather, and they decided to abandon the ship.

The authorities are investigating further.

Eventually it ran aground in Myanmar

The owner of the tugboat is thought to be from Malaysia, news site Eleven Myanmar reports.

Bangladesh has a large ship-breaking industry – with hundreds of old commercial vessels dismantled in Chittagong each year.

But the business is controversial – with critics saying the work is poorly regulated and dangerous to laborer’s.

#1 North Korean ghost ships
Every year, dozens of derelict boats from North Korea wash up on Japanese shores; some of the boats house the remains of their crew. These “ghost ships” are believed to result when North Korean fisherman are lost at sea and succumb to exposure or starvation.

Four North Korean fishermen wash up in Japan, suggesting international sanctions have driven them to desperation
The Japan Coast Guard has reported 207 North Korean vessels washed up on Japanese shores or found derelict in Japanese waters in 2018, almost double the 104 in 2017 and a sharp increase from 38 the previous year.

Most are believed to have suffered some kind of mechanical failure that left those aboard at the mercy of the elements, with the crews of only a few vessels surviving to reach land. In most of the incidents there were no indications regarding the fate of the crew although in a number of cases the decomposing remains of sailors were found aboard the vessels.

These vessels, adrift in the ocean, have been dubbed “ghost ships” by Japanese media

DEAD BODIES ON BOARD.

LOOKING FOR A VILLIAN?

“Sanctions imposed by the US and the international community are really having an effect on the broader economy in the North and forcing ordinary people – like these fishermen – to go beyond what they would normally endure to get resources,” Nagy said. “The elite in Pyongyang may still be feeling the positive effects of Kim Jong-un’s switch of focus to the economy, but these fishermen are not seeing the same benefits at all.”

Another explanation is that fisherman may be under increased pressure from North Korean authorities to return with a larger catch due to acute food shortages at home. The North’s coastal waters have also been overfished in recent years, with stocks not given sufficient time to recover as demand has increased. 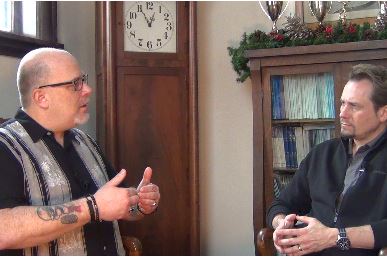