Legend of the Lost Dutchman’s Goldmine!

The Legend of the Lost Goldmine

You don’t have to be a pirate to feel the lure of a treasure hunt. From the time we’re kids and into adulthood, we’re captivated by riddles and puzzles, hard-wired with the need to seek and solve.

Some people have made a career of looking for lost treasures – even the legend of lost treasure. One such legend – The Lost Dutchman’s Gold Mine – has seduced hundreds, many dedicating their lives in pursuit of a rich gold mine in the Superstition Mountains, in Apache Junction, Arizona. 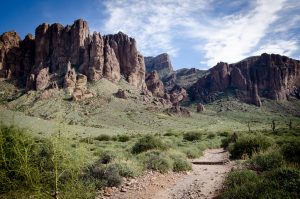 The clues and lore have kept the legend and its search for treasure alive for 125+ years. And yet, still, the simplest answers are unknown. Does it exist? Is it rich or empty?

>>>>TEASER: We may SOON have many answers! But you must follow the next two segments and the source of that story (details coming) to find out.

The treasure has been the infinite mystery and savory story – a concoction of disappearances, murder, contradicting stories, hidden gold, obsession, and more. It’s a rich story that goes as far back as Ancient Indians and continues to the current day. Around 100 books have been published about the story and, according to a folklore historian, it’s 6 times more told than Captain Kidd’s buried treasure.

The legend of the Lost Dutchman’s Goldmine began with a German immigrant named Jacob Waltz (1810-1891). Waltz was a gold prospector who came to Arizona around 1868. 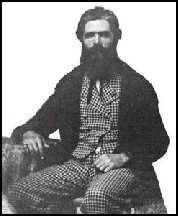 He claimed to have located a rich vein of gold in the Superstition Wilderness. There are stories of him selling small quantities in Florence, where he lived, and giving mysterious clues as to its location. It’s estimated he turned in $250,000 worth of gold. This would be the equivalent of around 5.5 million in 2020.

Many believe Waltz learned of the mine and its location from two members of the Peralta family who, at one time, owned mines in the Superstition prior to the land becoming US Territory (Treaty of Guadalupe Hidalgo). Some believe Waltz paid for the location of the mine. Others believe he killed for it.

He kept the location secret until his deathbed when he drew a map for Julia Thomas, his caregiver. Thomas searched for the mine without success and later sold copies of the map for $7, advancing the legend whose characters, maps, twists and turns have since multiplied and spread like the sprawling roots of a Banyan tree. The story is anchored and alive, and the Superstition Mountain Museum holds much of its lore and maps, including a replica of the much-debated Peralta Stones.

The legend holds that beneath the deathbed of Jacob Waltz was 48 pounds of gold ore. Some specimens were made into jewelry – a ring, cufflinks, stickpin, stud – and a matchbox. 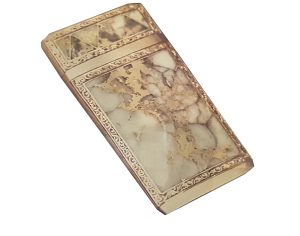 The matchbox was sent off for testing to determine the source mine of the gold. It’s been said that a good assayer can tell, based on its mineralization, not only what mine a specimen came from but what level of the mine it came from. One could say gold has a fingerprint or a DNA.

It was determined that the gold in the matchbox is from an unknown source. It’s as if there remains a hidden mine in the Superstition Mountains. The story goes that the mine still holds a $200 million dollar treasure.

Before any gold-seeking dutchman, the mountain was home to the Apache and often trampled by the rivaling Pima Indians and, later, the Peralta family from Mexico. It’s widely believed that the Peralta’s had 18 mines in the area and that, during a routine expedition, a large party of Mexicans were ambushed by the Apache in 1848. All were killed except for a few Peralta family members.

The Apache Distinguished Friend from Foe, by gifting gold to a Spanish-born doctor in gratitude. Dr. Thorne befriended and often aided wounded Apache warriors. And, in 1865, after helping an important tribe member, the doctor was blindfolded and brought to a cavern. Once there, he could take as much gold as he could collect. It’s said he filled his long underwear. He later traded this for bank drafts in San Francisco, totaling $6000.

Dr. Thorne was allowed twice along the way to remove his blindfold. In doing so, he noted an outcropping that he described as a Sombrero. Many believe the “Sombrero” seen by Dr. Thorne is one in the same as another peak named Weaver’s Needle.

Are there Curses at Play?

The gold mine started becoming a myth after Waltz’s death in 1891. The allure of gold has claimed the lives of an estimated 600, and the clues left behind by Waltz have not resulted in finding the source of his gold. Or at least not that we anyone has acknowledged.

For the many who’ve attempted to prove the legend true, the curse of Thunder God seems in place. Some Apaches believe the hole to the underworld is in the Superstition Mountains and that a Thunder God watches over the mountain. People have vanished, not to be found until months or years later, their remains in mysterious conditions. Several have been decapitated, the skulls separated by up to a mile from the body. Also reported are abandoned camps, bloodied blankets, skulls with bullet holes, remains wedged in crevices, reports of snipers, and rolling stones that appear pushed from above. The mountain seems to bring agitation to many, with conflicts between prospectors, even partners, which resulted in attempted murder or bloodshed. Some were institutionalized after returning from an expedition.

A different curse, known as the Dutchman’s Curse, is said to affect those who find the gold. Such demise might’ve been the case for Adolph Ruth who, after acquiring a map from a Peralta, ventured into the mountain in the hot summer of 1931. The 76-year-old disappeared. His skull was found six months later with 2 bullet holes. The remains of his body were ½ mile away. There was no map, but he had a notebook with the handwritten words: Veni, Vidi Vici. I came, I saw, I conquered. 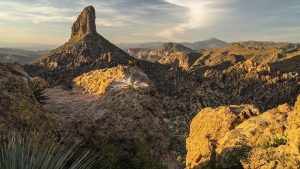 The Weaver’s Needle is a butte outcropping 1000 feet high and is said to play a prominent role in locating a rich vein of gold. The hunt for gold around this area has been pursued by hundreds (possibly thousands), likely a result of the handwritten notes of Adolph Ruth:

It lies within an imaginary circle whose diameter is not more than 5 miles, and whose center is marked by the Weavers Needle.

Not every dutchman is drawn to the Needle.

Next week we’ll share the journey of a team who’ve walked their own path and who claim, “for the first time ever, there is undeniable physical proof that the mine exists.”

Many think they’ve located the Lost Dutchman’s Mine but this group is the first to corroborate many of the most-accepted clues (and some maps) with markers and monuments at the site. And that’s not all! There’s more than mere gold to this story.

The one who follows the crowd will usually get no further than the crowd. The ones who walk alone are likely to find themselves in places no one has ever been.  – Albert Einstein

Forrest Fenn’s Treasure Found! But is it a Hoax?