Conspiracies in the Cosmos

A second sun? A ninth planet? Cosmonauts lost in space? Murder? Welcome to 2020 and another year of exploring Intrigue and Mystery! The start of a new year invokes reflection and anticipation. One thing is certain, whether we go backward or forward in time, we’ll find mysteries to delight in and conspiracies to consider – even in science. And why not? Science IS wildly creative. Our working theories are literally our best guess – our best explanation for an observation – until we come up with something better. We kick off the New Year with some Intriguing theories and conspiracies floating around in space and time.

It’s a sensational story, the evil twin, and not uncommon for a daytime drama. But in the cosmos? There’s solid science to back up the possibility that another star, a twin to our Sun, exists.  Mathematical models tell us almost every star is born with a buddy, that binary systems are common and the fact that we have only one is unusual.

Let’s walk through the science around this crazy idea…

A team from UC Berkley studied the Persius Cloud, a stellar nursery 600 light-years away. They input the data into computer simulations to model different scenarios. In the end, the only way to make all the pieces fit is to conclude that ALL stars with the mass of our sun begin as part of a binary system.  An estimated 60% of them move away to form single-star systems while the rest drift closer into tight binary systems. The research is published online.

So assuming our system is among the 60% that move away from one another, then WHERE is the twin? Space is an unimaginably big, BIG place. It could be anywhere. It might’ve migrated outside of our solar system and is floating somewhere in the Milky Way, maybe joined a different star system. Or it could be a black dwarf star that’s still in our Solar System, and we simply can’t see it. Thus, making it the evil twin because it poses a collision hazard for the rest of the neighborhood. Perhaps it launched the asteroid that killed off the dinosaurs. 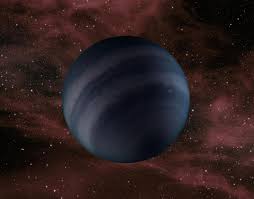 Whether the sun has a twin, the fact remains that our single-star system is unusual. According to NASA, “Binary and multiple-star systems are about twice as abundant as single-star systems in our galaxy, and, in theory, other galaxies.” Further, observations from NASA’s Spitzer Space Telescope reveal that mature planetary systems are more frequent around close-knit twin or binary stars than a single star like our sun. That is to say, a double sunset is more commonplace in the universe. 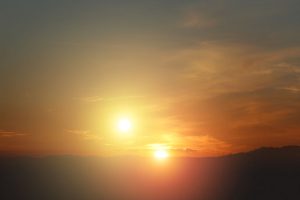 History books have written Yuri Gargarin was the 1st man in space. The Cosmonaut successfully completed one orbit of the earth in April 1961. However, the theory alleges that several Cosmonauts went to space in the 1960s but did not return.

Two Italian brothers who were amateur radio operators have recordings to support the theory. They allege to have heard and, in some cases, recorded secret Soviet space missions with tragic and mysterious endings – the dying and suffocating sounds of lost cosmonauts and SOS calls that grew dimmer.

The pair released nine different recordings. One of these, a chilling exchange in November of 1963 – a female cosmonaut who they believe was re-entering the Earth’s atmosphere in a malfunctioning spacecraft. In the recording she is heard to have cried out, “I feel hot… I see fire… am I going to crash?” And curiously, 3 days later, the Soviets announced the return of an “unmanned” spacecraft that burned upon reentry.

If true, this was the 1st woman in space.

Gravitational physics predicts there may be another planet lurking in the far reaches of our solar system. This is not an unusual way to theorize. In fact, they predicted Neptune before they saw the planet.

The theory of Planet X was born when researchers noticed unusual patterns and clustering in the movement of six distant objects in the Kuiper belt. The objects appear to be influenced by something with a lot of gravitational pull. Mike Brown (ironically, the man responsible for demoting Pluto) and Konstantin Batygin believe there is other evidence. For example, Planet X could be responsible for the slight tilt of the sun, as well as the reverse orbit of some smaller objects.

If this ninth planet exists, it’s said to be 10-12 times the size of the earth (a smaller Neptune) and 500-1200 AUs from the Sun. This is far out there when you consider the Earth is 1 AU and Pluto is 50 AUs from the sun. At this distance, the planet would likely take up to 20,000 earth years to complete one orbit. Gravitational physics predicts where the planet is orbiting and the CalTech researchers have been looking for the planet from the Subaru telescope in Hawaii.

The vastness of space is unfathomable when you consider we can’t even be sure what’s in our own solar system. 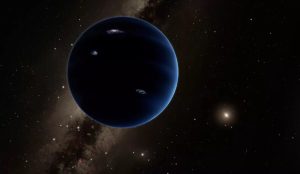 Prior to the invention of the telescope, the 16th-century Danish astronomer, Tycho Brahe, devised some of the most precise instruments to observe the skies. They allowed him to determine more precisely than had been possible the detailed motions of the planets. His observations – a comprehensive study of the solar system and accurate positions of over 777 fixed stars – were noteworthy for their accuracy and quantity, moreso than any predecessor or contemporary. He was very secretive about his notes, keeping them under lock and key.

In 1600 Brahe built an observatory in Prague and invited Johannes Kepler to work with him. He died shortly thereafter at the age of 54. His death was ruled to be bladder or kidney-related but suspicions over the decades prompted an exhumation of his body for testing in 1901. The results suggested poisonous levels of mercury.

The prime suspect? None other than his assistant, the late Johannes Kepler! Afterall, he’d have much to gain with access to Brahe’s notes.

Like any good true crime mystery. We can’t let this one go. Brahe’s body was exhumed a second time in 2010. This time the results ruled OUT mercury poisoning as a cause of death. But it was a good story.

Many found the accusations against Kepler unlikely as he was a man of God with a conviction that the universe was perfectly organized and designed by an intelligent creator. He did benefit (as did we all), drawing off the work of Brahe when he created the Laws of Planetary Motion. And, true to Kepler’s convictions, these laws exemplify a mathematical harmony in the Cosmos.